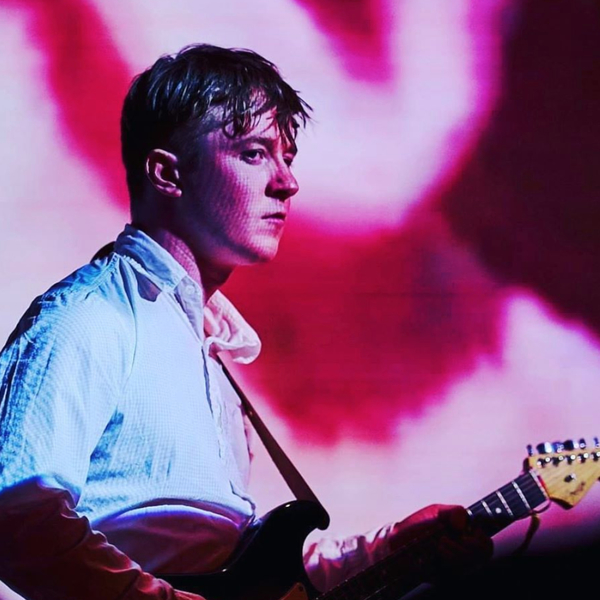 Guitar, Bass, and/or Ukulele Lessons from a teacher with many years of experience in the comfort of your home!

I began playing electric guitar in my early teens inspired by the pop-punk music of the time which I quickly dropped once I heard Jimi Hendrix. Soon I was playing poor covers of classic rock tunes with some buddies of mine, but we eventually got a little bit better and wrote a few of our own tunes and made it into a Battle Of The Bands and were even featured at an international music festival!

After high school, I went onto study classical guitar and composition. In my university days, I had a very inspiring, multi-genre teacher who taught me jazz and improvisation, and was able to play in the university Big Band until I graduated. Along with classical recitals, I also performed with my jazz quartet (and sometimes octet depending on who was around) at bars, weddings, corporate functions, banquets and pretty much any gig we could get.

After graduating I moved to Montréal and began to focus more on writing and recording original music. I played with a few different groups (even a gypsy/klezmer band), backed singer-songwriters, and even played the odd jazz gig on bass. Currently, I am happily married to my band of several years and have released two EPs, a slew of singles, and are expecting to put out a full album in 2021.

P.S. For most of this time I have also worked as a guitar and bass transcriber for a few popular music learning websites and several prominent Youtube guitar channels which has exposed me to many styles and playing techniques, so whatever style you are into, I can teach it!

My main teaching philosophy is to teach students to play the music they enjoy. It sounds like a no-brainer but I have had teachers in the past who only showed me songs that they enjoyed or used method books that teach you "Mary Had A Little Lamb" or "Hot Crossed Buns" (and if you like those songs then we can learn those). All that to say, whatever the student's goal on the instrument, I will take them step by step until they reach it. For a beginning musician, the fundamentals of the instrument are given the highest priority: how to tune your instrument, names of all the notes, essential chords, basic strumming, playing in time and understanding basic rhythm. For someone who already plays but needs a little help getting out of the rut, we'll spend time fixing bad technical habits, hammering home the fundamentals, expanding their repertoire, and slowly moving outside of the comfort zone to new horizons. With advanced players, listening (ear training), transcribing, song analysis, exploring advanced theory concepts, and focusing on composition and improvisation are most important. With all levels of students, I make playlists that I update after each lesson they can hear real examples of what we are covering, as well as provide detailed written notes in TAB and standard notation so they can refer to everything we covered and know what to practice. Also, it's fun!

Guitar, Bass, and/or Ukulele Lessons from a teacher with many years of experience in the comfort of your home!