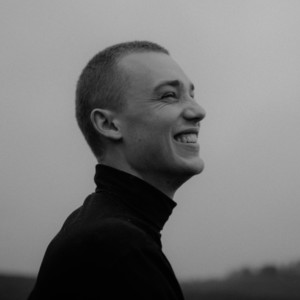 My father is a german teacher and offered me plenty of experience and knowledge in the area of teaching from early on in my life. I spent a couple of years as a german and english tutor back in high school and have now picked up on it again when I moved to the UK. I get often told that my english accent comes across as very convincing and people frequently act surprised when I tell them my parents are both german and that I`ve spent 18 years of my life living in Germany.

I discovered that the key to learning a language is to really delve into a countries culture. As children we learn a language in mirroring our parents, we don`t read words off a dictionary, this is why children pick up accents and dialects from very early on in their lives. Using this natural and organic approach, I would love to help you in achieving to master the german language because I`m convinced that all of us are able to do so.

I was born in Bavaria and spent the first 18 years of my life living in South Germany. I went to a Rudolf Steiner School where I graduated on the `general University entrance Level` (Abitur) in 2017 and subsequently moved to Liverpool (UK) to study Popular Music and Music Technology at the Liverpool Institute for Performing Arts (LIPA). I graduated this course in 2018 and went on to continue with a Bachelors degree in Songwriting and Performance at the same Institution which I completed in 2021.

I spent a large portion of my childhood travelling around Europe and was always keen to get to know different cultures and social circles. Language is a crucial aspect of communication and can often function as a tool to access a countries culture and social environment. I was an average student in High school and constantly struggled with the bland and dry concept of language tuition. It was only when I was able to combine my love for music and language in songwriting that I started to understand that our learning experience becomes much faster and easier when we can see a purpose behind it. This way, learning a language becomes the means to and end instead of the feckless process of cramming verbs and nouns off a piece of paper.