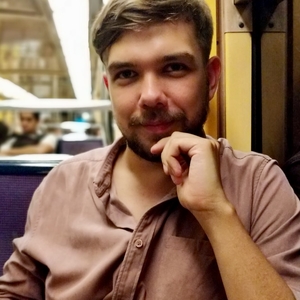 For the past five years, I have been on the move between London, Vienna, Poznan and Berlin. I happen to spent six months living in Brazil too! In all of those places I met many different people and found myself in different cultural setting, what made it much easier for me to "really" learn the languages.

I come from Poland originally but I completed my Undergraduate degree in Modern Languages (German and Portuguese) London, at UCL, one of the most prestigious universities in the United Kingdom. Throughout the programme, I've not only gained experience in translating from German (or Portuguese) into English, and vice versa, but also in writing in a concise and clear manner - it was hard at times as none of the languages of study were native to me but I powered through it and learned a lot!

I am a firm believer that the best (and easiest) way to learn and perfect a foreign language is through constant contact with culture. In my lessons I always seek to include examples of music, books, journal and newspaper articles published originally in the language I intend to teach.
Only through listening, seeing, reading of natural language, tutees will be able to reproduce it and express themselves creatively and independently.
I am not a fan of sticking to grammar exercises all the way through - perhaps only when it's absolutely necessary.